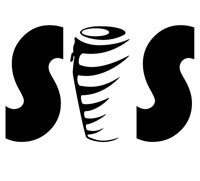 TICKETS AVAILABLE AT THE DOOR! The Resolution Jam is one of the DMV's Most Anticipated events! Ring in the New Year by fulfilling those New Years Resolutions and getting your Salsa in check with renowned instructors!

All Workshops from 9am - 5pm  (Schedule Below)  with a SPECIAL Ladies Styling Series from 3-5pm **Buy this 2hr Class Separate or with All Workshop Pass.

This event is brought to you by StuckonSalsa.com, DCBachata.com and TSR.

Desiree Godsell, born and raised in Houston, Texas, graduated from the High School of Performing and Visual Arts and later went on to receive a B.F.A. in Dance Performance from The University of the Arts in Philadelphia. Once moving to NYC she began choreographing and dancing for the Atlantic recording artist Santigold touring the world, and has continued to do so for the last 8 years being featured in numerous music festivals and tv shows such as:David Letterman, Jimmy Fallon, Conan O'Brian, Jules Holland, and Stephen Colbert, and MTV. Desiree began her salsa career straight at the top, partnering with the "Mambo King" himself Eddie Torres. Since then she's danced with Griselle Ponce, Jerseys Finest, Sekou McMiller, Maria Torres, Andy Cruz, and Alex Morel. She's starred in La Mambopera off Broadway, was a finalist on Telefutura's "Quiero Ser Estrella", and was a salsa coach on two separate MTV MADE episodes! She's currently dancing and teaching with the award winning team, Caribbean Soul, and her partner Alex Morel, co-leading the Latin Dance Theater Workshop with Farrah Benoit, and creating new work with her Godsell Dance Collective! Wanna know more about Desiree and where to find her, check out her website www.desireegodsell.com or find her on Facebook.

Maria Ramos was born and raised in New York City. At the age of 8, her mom enrolled her in The East Harlem School of Ballet where Maria found her true love for Dance and never stopped thereafter. Maria has been in various music videos for artists such as Daddy Yankee, Chris Cornell, Timbaland, and many more. Maria has performed all around the world with artists such as 112, Ja Rule, P-Diddy, and performed locally with Jennifer Lopez, Shakira, Cheri Dennis, Kanye West and Romeo Santos at Madison Square Garden. She has also done Industrial and Commercial work for: Nike, Stride Gum and played a cartoon character in the video game Grand Theft Auto San Andreas. For the past few years Maria Ramos has dedicated herself to dancing Mambo, Salsa On2. She has trained and performed with various dance companies and has been traveling and performing all around the world.
Shani Talmor, born and raised in Israel, has traveled worldwide presenting her sensual and sexy Salsa style. Trained in a variety of dance styles, including Ballet, Jazz, Hip-Hop, Samba and Afro-Cuban, Shani is an energetic and explosive dancer. She is world-renowned for her unique, sensuous styling and body movement on and off the dance floor. She has powerful stage presence and a passionate love for teaching. Certified in Simonson Jazz Technique By Dance New Amsterdam, NYC and graduated of the Intern summer program at Broadway Dance Center, NYC.

Shani started her way in the dance world in the age of 7 dancing jazz and ballet at "Dance Alma & Arnon" studios in Israel directed by Alma Frankfurt and Arnon Zucker. She joined the studio performance company and was performing on TV shows and many local events with the company till the age of 18 when she was exposed to Latin dance and culture. She began establishing her name in the Latin world in Israel in 2000, as part of the Israeli Salsa Academy "Latino Del Mundo" directed by Lior Petel and Ronen "Paco" Biran. Shani has been teaching and performing at Latin cultural events and TV shows in Israel. She specializes in Cuban style, L.A style, ladies styling and Samba.

At the age of 20, Shani moved to Spain in order to further enhance her dance career and become part of the world-renowned salsa dance company known as "Imperio Azteca" directed by Johnny Vazquez and Ramon Morales. After only one year in the company, Shani became Johnny's permanent dance partner and the group's principal female dancer. She continues to be one of the most memorable former dancers in the company. In 2004, the group and its members were voted "Best Group of the Year: 2004" by the Europe salsa community.

In 2005, the group shifted its functions and activities to Italy and became part of "Academia Latina" located in Caravaggio, Bergamo. Shani taught various dance styles, including ladies styling, Cha-Cha-Cha, Samba, L.A style and Mambo in the academy. She performed most successfully with Johnny in numerous international salsa congresses, festivals and Latin associations throughout Europe.

In 2007, Shani moved to NYC to be part of Caribbean Soul Dance Co. directed by Ismael Otero. Ismael and Shani have manifested a unique immersion of their individual styles, which also include all aforementioned dance styles (i.e., Cuban salsa, NY mambo, LA style, Hip-Hop and Jazz). In addition, Shani has been requested by choreographer, Sekou McMiller in September 2008, to join his Latin Jazz project “Proyecto Descarga”.

In 2008, Shani founded and is the director of an All females ladies styling performance team calls “Shani’s Girls” which is performing most successfully in the past 4 years in many Latin events over the USA such as Washington DC, Boston, Connecticut, NY, Philadelphia, Puerto Rico, Miami and more.

If your event is cancelled, we will refund the amount you paid for your tickets (minus order processing, service and delivery fees) using the same payment method used for purchase. If your event is postponed, we will contact you with the new date and time. All Event personnel have the right to refuse entry to any ticket holder for any reason at their discretion. Venue and Talent are subject to change without notice and are not grounds for a refund. Anything promised by the promoter that is unfulfilled is not guaranteed by the seller and is not grounds for a refund.

There are no refunds or exchanges.